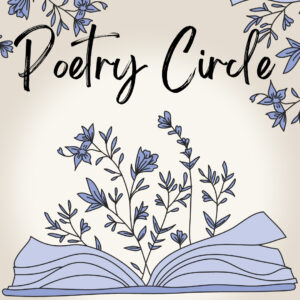 A shared creative space for poetry with Amira Abouelalla. A place for listening, connecting, and being inspired. Drop in every two weeks, beginning September 15th, 4:30 – 6:00 pm.

Poetry is something that has always resonated with Amira. She expresses, “It’s how I see and move through the world.”

Amira Abouelalla also is part of the jehjeh Media team and was the emcee at PRPL’s 2022 Poetry Slam- The Language of Trees.