In preparation of the 2023 Memories of the Mill publication, Adult Services Coordinator, Mark Merlino offered this video called “The Powell River Company Library” along with a series of videos from community members found on our YouTube page.

For more about our local library history, enjoy “The History of Libraries in Powell River” in collaboration with the Powell River Museum, prepared by Mark Merlino, Adult Services Coordinator.

“In 1911, while school was being held in a bunkhouse, the first Powell River Public Library was built on lower Maple Avenue. The population was mainly construction workers then but the library was a popular venue. Every four months five hundred books were rented from the Vancouver Library to stock our shelves. Mr. Quayle and other men from the office staff took turns tending the library until Mrs. Marie Miller was hired by the Company to be the permanent librarian in 1922. In the fall of 1911, the library also became the first school building.” 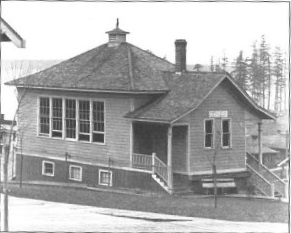 “In August 1973 the Powell River, Westview, Wildwood Heights and Cranberry Lake libraries amalgamated to form the Powell River District Library Association. With the combined board, funds and assets, the residents acquired the use of all four libraries and increased library service.

Libraries have a long history in the Powell River area. In 1914 the Powell River Paper Company established a subscription library for its employees with 500 books rented quarterly from the Vancouver Public Library. Library service was later extended to all area residents. The first premises were a small school building. In 1927 the library moved to Dwight Hall, where in 1977 as a branch of the new Association, it celebrated its 50th Anniversary. In December 1956 the Powell River Public Library incorporated and in January 1957 the Powell River Paper Company turned the library over to the Municipality. Mrs. F.C. Miller [Marie Miller] served faithfully as Community Librarian for 27 years from her first appointment in 1922.

The Westview Library was formally established in January 1949 after operating under the Parent Teacher Association committee in the old Westview Light and Water building since 1944. The new public library was housed in the former Westview School until it was burned in a fire in 1950. Although the books and shelving were destroyed, the library reopened in the Westview Pavillion two months later thanks to donated books and funds. From 1951 the library grew steadily and moved five times before settling into its present* quarters in the Municipal Hall in 1963.

Wildwood Heights Library incorporated in 1959 and opened in a small office adjoining the Fire Hall. Donated by the Municipal Council, these premises, with the 1968 addition, were still in use when the branch closed in 1980.

Cranberry Lake Library started with a donation of 250 books from the Westview Library to Cranberry’s Parent Teacher Association. The library first occupied the basement of the old Malaspina School, but moved in 1953 to a small building opposite Wilshire’s Store. In September 1953 it incorporated as a public library association. In 1955 space was provided in the Fire Hall where the library remained until its move in 1977 to the new Cranberry Neighborhood Centre. This branch closed in 1982.

Since amalgamating in 1972 the Powell River District Public Library has moved quickly into new media. It set up a record collection in 1974, microfiche and film in 1980, videos and computer games and software in 1983/94 and an electronic bulletin board in 1985.” 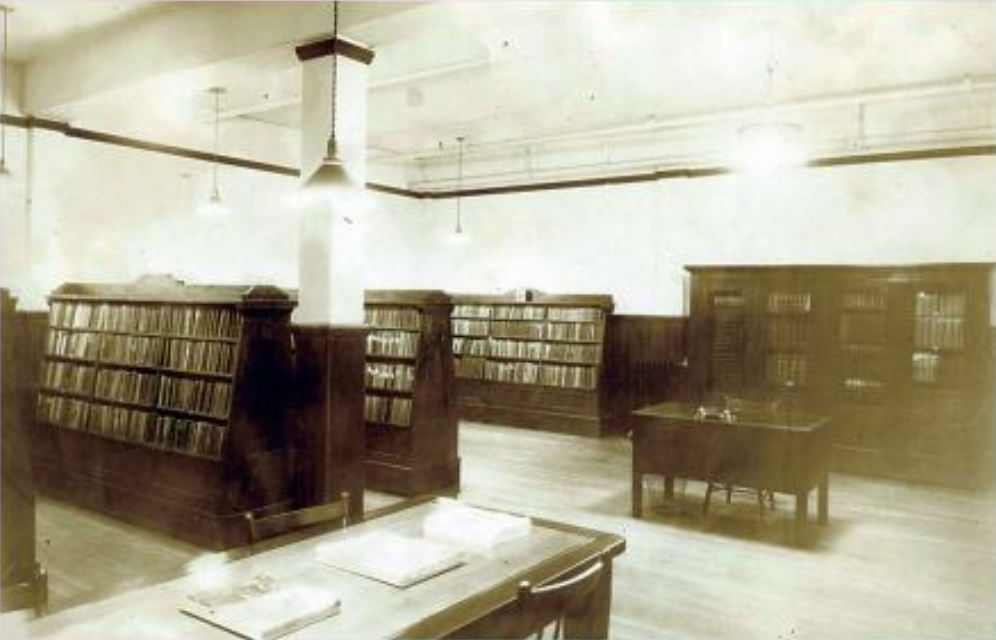 “With all the talk about the new library these days have you ever wondered how Powell River’s library began? It all started with a subscription library in Townsite in 1914… [followed by volunteer-run libraries in Westview in 1942, Cranberry in 1952, and Wildwood Heights in 1959]. These four community libraries were great places to go – they reflected the personalities of their neighbourhoods. And just as now, you could borrow a book and meet a neighbour for a chat at the same time. Eventually, the four libraries got together and formed the Powell River District Library Association (1973). The Westview Library, by then using rooms in the MacGregor Building (City Hall), became the predominant library and by the early 1980’s the Townsite, Cranberry and Wildwood libraries all closed their doors.

A big change happened to the library in 2003 when it became a municipal library and shortly afterwards in 2004, the City and the Regional District negotiated an agreement to provide library service to most Regional District residents. City ownership of the library meant that the City had (and continues to have) a legal responsibility to provide you with public library service. In 2006 the name changed from the Powell River District Public Library to be simply, the Powell River Public Library…

City Hall location (before closing in 2017): 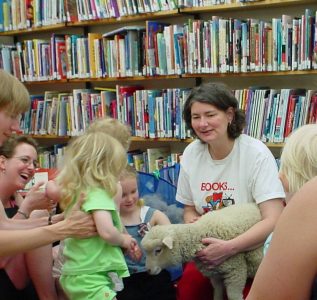 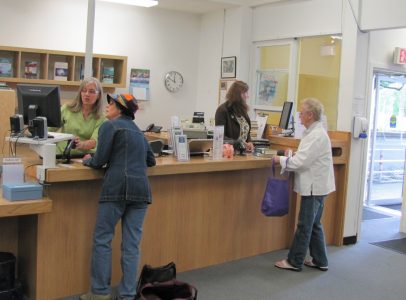 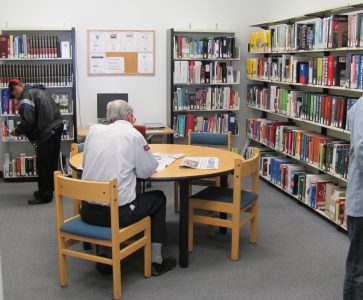 “Almost three years after going to referendum on the construction of a new library at Crossroads Village Shopping Centre, Powell River Public Library is finally open to the public.  Assistant chief librarian Rebecca Burbank moved to town shortly after the referendum and started working at the old library location. ‘They told me the new one would be built in the summer.’ said Burbank. ‘I always joke they didn’t tell me which summer.’ For many, such as retired resident William Langlands who moved to town in 1979, the wait has been much longer than three years. ‘There was a lot of pressure on the library then; it was overused and small,’ said Langlands. ‘People were writing letters to the editor and taking action for a new library 38 years ago.’

According to Burbank, the transition to the new library was strongly supported by the community and brought together a diverse group of staff members. ‘None of us had ever done anything like this,’ she said. ‘All of our contracts say ‘”other duties as assigned.” There was a lot of that in opening the new library.’ Burbank said the library has always been a well-utilized public resource. ‘Many patrons used the old library,’ she said. ‘They understood there was a lot that could be improved. We’re creating something the community can be proud of with this new library.’

According to Burbank, the new space reflects the staff, volunteers and other groups and individuals who helped make it a reality. ‘The amount of work put in by so many people really makes this Powell River’s library,’ she said. Not-for-profit organization Friends of the Library has also supported the library in its move to a new location, said Burbank. For more than 20 years, the organization has been advocating and raising funds for the library, said treasurer Ann Trousdell. The group has raised $70,000 so far for the new space, holding book sales and other events to support the purchase of new materials, including books and computers.

‘We’ve also had a lot of support from organizations and families who have helped us fund rooms like the Rotary Makerspace,’ said Burbank. According to Burbank, the new location is much larger and more inviting than Powell River’s previous library. She said library staff design styles are reflected in the library’s comfortable furniture. ‘We’ve had a lot of control over the inside, like the carts, seats, tables and even the service desk,’ said Burbank. ‘The old library was more like a warehouse for books. This library has diverse places for people to sit, read, and meet.’

Video tours in preparation of the new library! 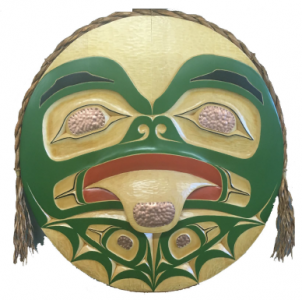 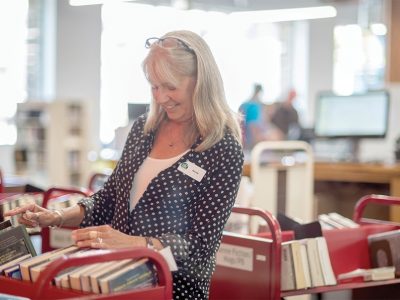 Libby app is an easy way to download eBooks, eAudiobooks, and digital Magazines from the Library’s collection on OverDrive to your mobile device! Learn about your digital options here.